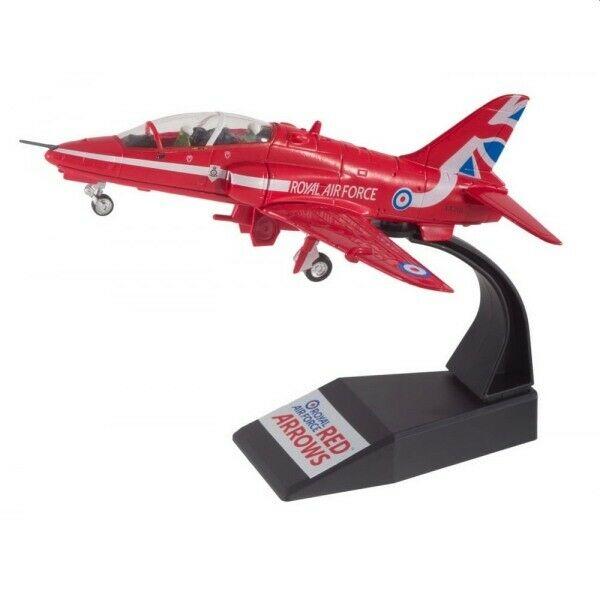 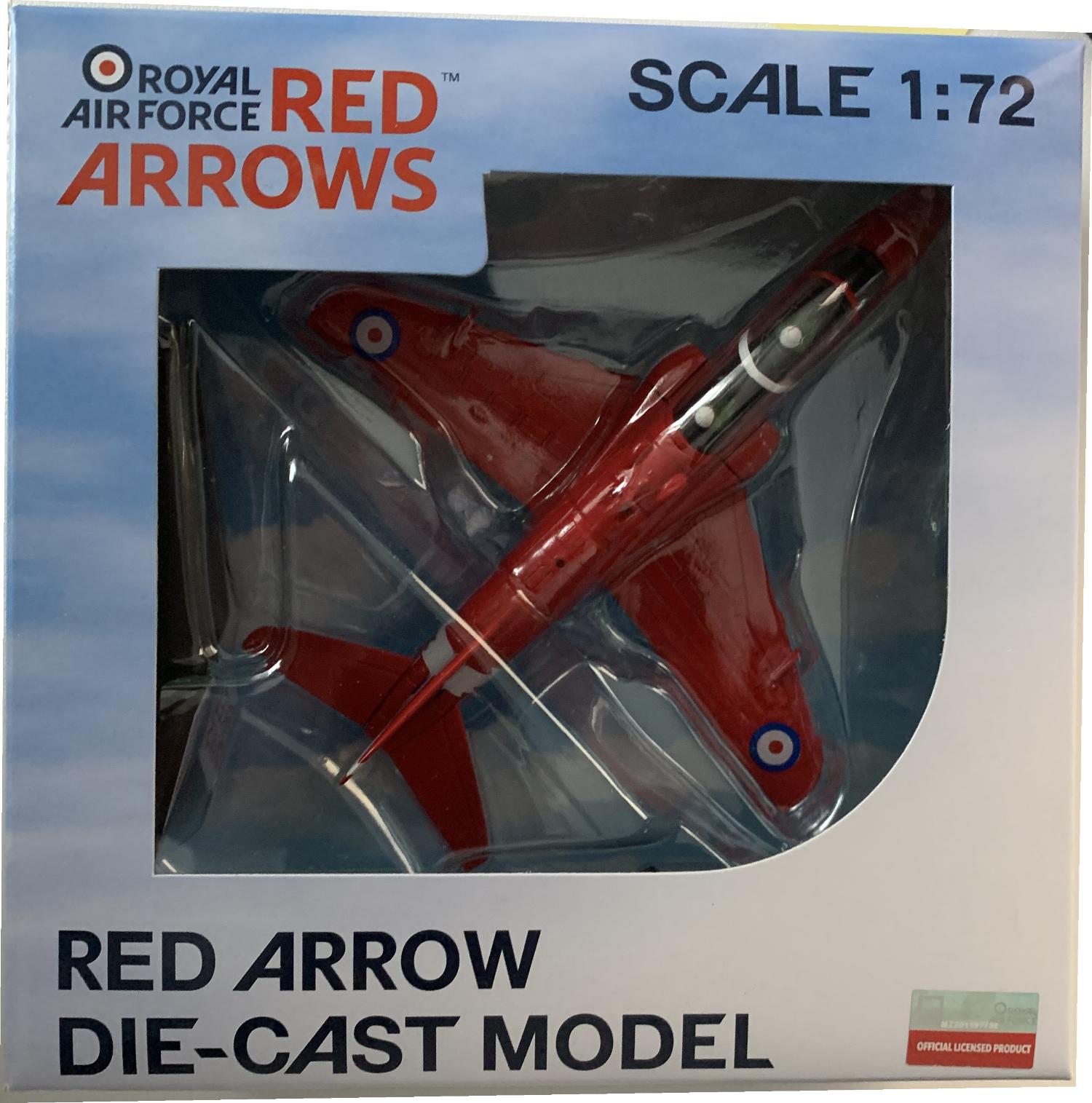 Details: Excellent scale model of the Bae Hawk Red Arrows officially known as the Royal Air Force Aerobatic Team of the Royal Air Force based at RAF Scampton. The team was formed in late 1964 as an all RAF team, replacing a number of unofficial teams that had been sponsored by RAF commands. Initially, there were seven Folland Gnat trainers inherited from the RAF Yellowjacks display team. In 1966, the team was increased to nine members, enabling them to develop their Diamond Nine formation and in late 1979 they switched to the BAE Hawk trainer. Model features decal detail, pilot figures in cockpit, realistic panel lines and surface details.

Model is presented in Royal Air Force branded window box packaging and includes a presentation stand to display the aircraft "in flight".