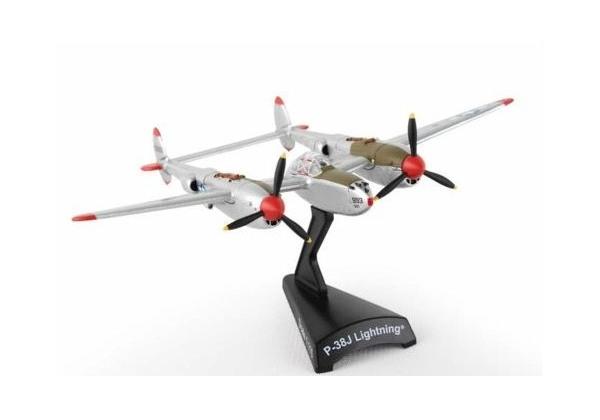 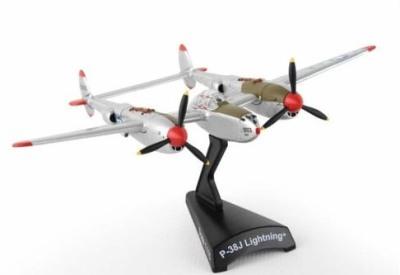 Details: The Lockheed P-38 Lightning was an American fighter aircraft used by the USAF during the WW II. The P-38 had distinctive twin booms and a single, central nacelle containing the pilot (no figurine) and armament. The P-38 was used in a number of different roles, including interception, dive bombing, level bombing, and photo reconnaissance missions. Piloted by Richard Ira "Dick" Bong, he was the USA highest scoring air ace during WW II and was the recipient of the Medal of Honor. Model is presented in window box packaging and includes a presentation stand to display the aircraft "in flight", no landing gear, non-spinning propellers and no pilot figure.