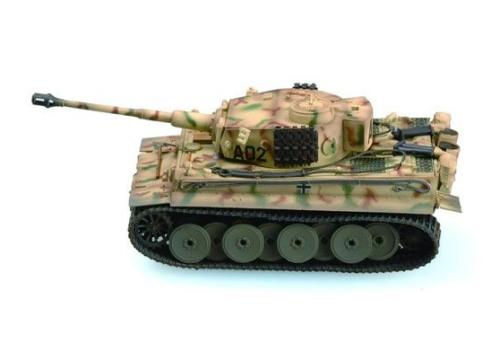 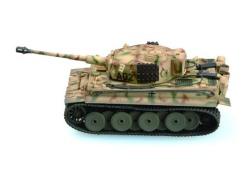 Details: The Tiger 1 was one of the most heavily armed and armoured tanks of WWII, and a formidable opponent of Allied tanks. The Tiger was essentially still at the prototype stage when first hurried into service, and therefore changes, both small and large, were made throughout the production run. Production of the Tiger 1 began in August 1942, and 1,355 were built by August 1944 when production ceased. The Tiger was first used in action in September 1942 in Leningrad. Model features moving turret. Pre-painted with surface details the model is presented in a window display box.