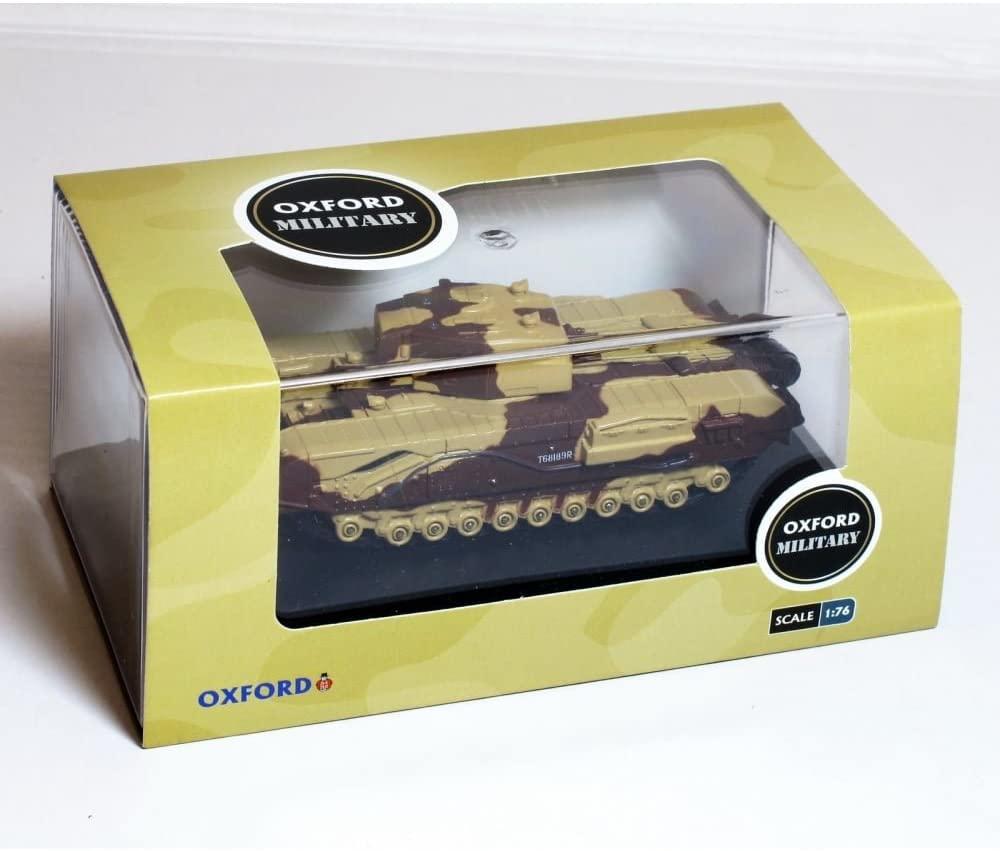 Details: This World War II Churchill tank Mk III, which entered service in late 1942 was an infantry tank designed by Harland and Wolff and manufactured in the early stages by Vauxhall Motors. Between 1941 when the first Churchill tank Mk I emerged and 1944 with the Mk VIII, around 7368 had been produced across all types, 675 of which were Churchill Mk III. This replica is based on Major King, one of the tanks deployed at El Alamein and appears in brown and beige desert camouflage with turning turret, rolling tracks, cables, suspension, tools and machine guns. The military lettering appears in white.